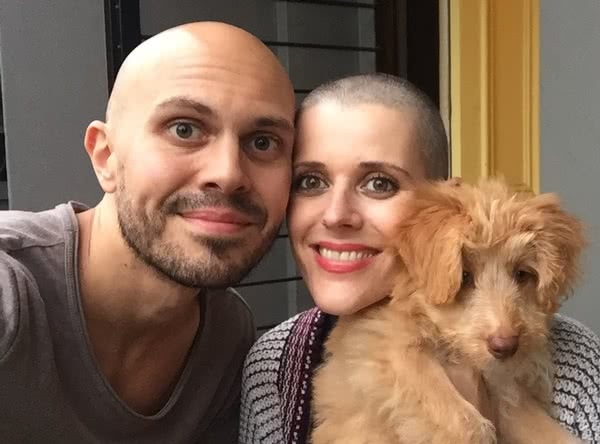 Late 2016, that’s when things began to change for me. My husband, Nathan, was diagnosed with Type 1 Diabetes, which means multiple daily insulin injections for the rest of his life.

Soon after, he experienced dangerously high levels of ketones during a trip back home to Ireland to celebrate my father’s 80th and Christmas, this could have resulted in a diabetic coma during the flight, but fortunately was just a short stop at a Dubai hospital.

He also had to have emergency laser eye surgery to prevent a detached retina, as well as that we were just getting our heads around the daily injections and the management of his blood sugars. During this period, I was (and still am) managing a chronic back condition with two slipped discs.

Walking disasters we are and I haven’t even got to the cancer yet!

Before all this, we had some grand plans for 2017!

In February, we found Bryn! A Bordoodle (cross between a border collie and a poodle). Four days later, I found a lump in my breast and shortly afterwards I was diagnosed with invasive lobular carcinoma.

From this point, as you can imagine, life stood still. All our plans were put on hold as we braced ourselves for a turbulent year ahead of us. Yet my biggest concern was telling our family overseas who were still in shock from my husband’s diagnosis.

Being in control is important to a lot of people, myself included, and it’s near on impossible to achieve, never mind when you get a cancer diagnosis. So I decided to shave my head – some might say early on – five weeks before chemo. I wanted to gain some of that control back.

I did the deed on St Patrick’s Day and made it a bit of an event. We got home and celebrated with a glass of champagne with a very confused Bryn, as he now thought he had two dads!

I found myself in surgery three times in two weeks. Firstly, for a lumpectomy, then as my margins weren’t clear, I had a mastectomy. Finally, 12 hours post-mastectomy, I had internal bleeding in the form of Haematoma.

This was a traumatic experience, but it was made a lot easier due to the care I received in the world-class facility at Chris O’Brien Lifehouse.

First of all, Chris O’Brien Lifehouse doesn’t feel or smell like a hospital; this may sound a bit crazy but it makes a profound impact when you’re spending a year there. I described the “hospital” to my parents like I was staying in a 5-star hotel, which was very comforting for them to hear, being so far away. I was also allowed to bring Bryn in for visits!

It was during this period that we encountered the Sydney Breast Cancer Foundation. 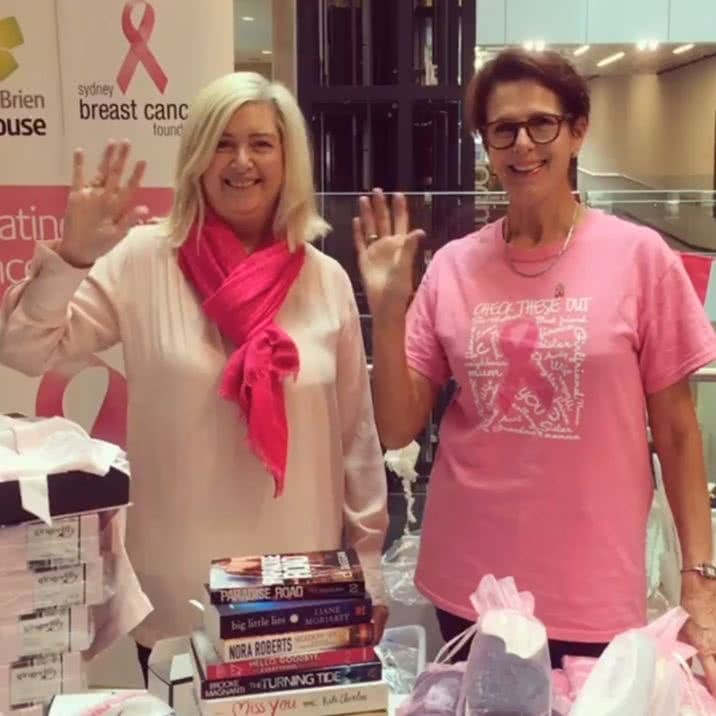 When I got out of surgery, one of the nurses popped her head in my room and presented me with a pink parcel. In that parcel were several goodies – lotions and potions, bra-fillers and all sorts. It was only later on I established that was all courtesy of the SBCF.

I can’t thank the SBCF enough for all that they do to help people like me. The SBCF has been a god-send. Not just for me, but Nathan has received constant support and we now consider the SBCF part of our family.

Most women diagnosed with breast cancer are over 40 and post-menopausal. I was in the minority and subsequently had to go through IVF to freeze some eggs.

My heart goes out to anyone who has to go through IVF – cancer-induced or not. IVF is arduous and emotional. Suffice to say, we now have one little egg, sitting in a fridge...chilling. Enrico the embryo, we’ve christened it.

The day after IVF finished I was straight onto six months of chemo. How was chemo for me? I would describe it like riding a wave.

On the bad days, I had frequent bouts of nausea, hot flushes, extreme fatigue, brittle nails, nose bleeds, hearing and vision loss, total hair loss and that little gem they like to call neuropathy. But I also had to remind myself that the good days are just around the corner.

As bad as it all sounds, let’s all remember the alternative.

Before all this began, I was more concerned with what TV series I was going to watch next, or the lack of wine in my wine rack!

You can’t go through something like this without growing a little. Cancer has certainly made me see things differently and I am grateful for that.

So if you can take one thing away from my story, it’s this – buy a puppy! Buy a puppy immediately. You can call it lump or ductal if you like. Don’t think about it... just do it.

We can't do this without you. The Sydney Breast Cancer Foundation needs you today, so please make a gift right now.

Your generous donation will help us fund a breast care nurse and as a direct result, ensure that no woman facing breast cancer will have to do so alone.

The hard facts are that 43 women in Australia are diagnosed with breast cancer every single day – that’s one almost every 30 minutes.

Please make your end of finnancial year gift of togetherness today. Show women like Sally that they are not alone, and that you really do care.